aama: 3. The Desert of Mirrors (Hardcover) 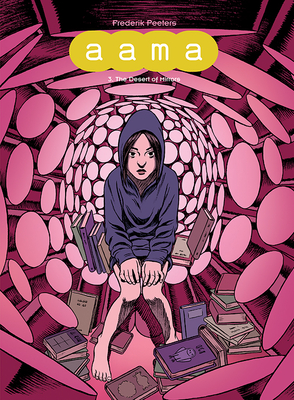 aama: 3. The Desert of Mirrors (Hardcover)


Special Order—Subject to Availability
Verloc Nim and his brother, Conrad, depart on an expedition to recover the mysterious substance aama, which has transformed the environment of a distant planet. As they progress through a world that is both hostile and amazing, the mystery begins to unravel—but the truth about aama remains unknown, and reality begins to waver.
Frederik Peeters is one of the world’s most important comics artists, best known for his autobiographical graphic novel Blue Pills. He has received five nominations in the Best Book category at Angoulême and in 2013 won the Best Series prize at the same event for the first two volumes of aama. He is also the author of Pachyderme(Fall 2013, SelfMadeHero) and Sandcastle (Spring 2013, SelfMadeHero). Peeters lives with his wife and daughter in Geneva.
“Fans of weird sci-fi comics will be sated by this award-winning series.”
— Booklist online