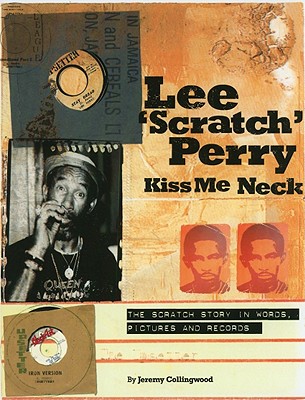 
Special Order—Subject to Availability
An incredible, meticulous reference documenting the massive musical output by the pioneering reggae legend, inventor of dub, and Marley collaborator who Keith Richards calls "the Salvador Dalí of music" With more than 1,000 releases to Lee "Scratch" Perry's name in some form or other, there is a wealth of material for fans and collectors to immerse themselves in, and here is the essential reference—an extensive, detailed, heavily illustrated guide to the records produced by Perry and those that hailed from his legendary Black Ark Studio. Innovator, genius, forward thinker, and trendsetter—there are few individuals who have stamped quite as unique a footprint onto the musical landscape as Lee "Scratch" Perry, aka the Upsetter, aka Pipecock Jackxon. Instantly recognizable, both in appearance and musical approach, he has become a legend in his own lifetime and earned himself an international army of admirers. His resumé is beyond compare in the worlds of reggae and dub; two genres which he has helped create and define since the 1950s. Perry is a classic maverick who helped create today's musical landscape by pushing himself, and studio technology, to the point of destruction.

Jeremy Collingwood is responsible for many quality reggae and dub reissue compilations for Trojan, Island, and EMI, including the I Am The Upsetter box set and Sound System Scratch, a collection of rare Black Ark dub plates. He is the author of Bob Marley: His Musical Legacy.

"There are only a handful of producers who can make a band sound interesting and different no matter who they are, and Lee "Scratch" Perry is one of them. . . . he was the first mad-scientist producer."  —Adam Horovitz of the Beastie Boys for Rolling Stone

"Inarguably the most exhaustive and impressive investigation into the recorded works of a major reggae artist/producer extant. The amount of detail presented here is, like Perry's music, mind-boggling."  —Dub Vendor