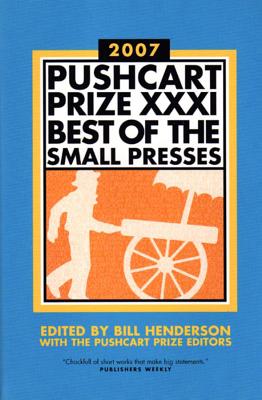 This is book number 31 in the The Pushcart Prize Anthologies series.

The most honored literary series in America begins its fourth decade.

With a brilliant collection of stories, essays, memoirs, and poems selected from hundreds of the best small presses, the annual Pushcart Prize sets the standard of excellence for literary anthologies. Each year it invites nominations from a wide array of little magazines and small presses and presents over sixty of the best; and each year its annual volume is hailed as a touchstone of literary discovery.For its thirty-first anniversary celebration, the Pushcart Prize surpasses its own reputation with an astonishing diversity of writerssome renowned and many others destined for fame.