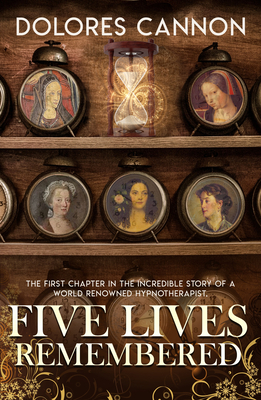 What do you do when you discover information that is before its time? What do you do when your curiosity takes you on an adventure that is so bizarre that there is nothing normal to relate to? This is what happened to Dolores Cannon in 1968, long before she began her career as a past-life hypnotherapist and regressionist. Travel back with us to that time when the words reincarnation, past-lives, regression, walk-ins, New Age were unknown to the general population.

This is the story of two normal people, who accidentally stumbled across past-lives while working with a doctor to help a patient relax. It began so innocently, yet it crossed the boundaries of the imagination to open up an entirely new way of thinking at a time when such a thing was unheard of. It went totally against the belief systems of the time. It was so startling that they should have stopped, but their curiosity demanded that they continue to explore the unorthodox. The experiment changed the participants and everyone involved, and their beliefs would never be the same.

Dolores Cannon is now a world-renowned hypnotherapist who has explored thousands of cases in the forty years since 1968, and has written fifteen books about her discoveries. Her books are translated into more than 20 languages. She is teaching her unique form of hypnosis all over the world. When she lectures people ask, How did you get started on all of this? This is the story of her beginnings. The book was written in 1980, her very first book. It has laid dormant, gathering dust, until now, waiting. Now is the time for it to come forth. Enjoy the adventure!

Dolores Cannon is a past-life regressionist and hypnotherapist who specializes in the recovery and cataloging of "Lost Knowledge". Her roots in hypnosis go back to the 1960s. She has been specializing in past-life therapy since 1979.Dolores has become, perhaps, the world's most unlikely expert on the prophecies of Nostradamus.

A retired Navy wife from Huntsville, AR, USA, Dolores was nearly fifty years old when she began experimenting with hypnosis and past-life regression. The results were, to say the least, quite spectacular!Working through several different subjects, Dolores was able to establish communication with the living Michel De Notredame, better known as the prophet, Nostradamus. His revelations and their impact on our own time are both fascinating and at times frightening.

Dolores has written the three volume set "Conversations With Nostradamus", the series on the translation of Nostradamus' quatrains. This series contains the translation of almost 1000 prophecies, all interpreted for the first time and have been in print since 1989. It is considered the most accurate interpretation of the prophecies ever printed.During the past eighteen years Dolores has been a UFO investigator, using her skills as a regressionist to help people that been involved in abduction cases. She has written several books on the UFO information volunteers have revealed while under hypnosis.Dolores is now teaching her unique technique of hypnosis all over the world.In addition to the three volumes of Converstations With Nostradamus.

Dolores has completed: The Legend of Starcrash, Keepers of the Garden, Legacy from the Stars, A Soul Remembers Hiroshima, They Walked With Jesus, Jesus and the Essenes, and Between Death and Life. The Custodians, discusses in detail information regarding distorted time, screen memories, reasons for abductions, implants and much, much more...

"This 237 page tribute to past lives was a joy to review. I fell completely in love with the writier's style as she carefully took me from one interesting event to another. The read focused o a hypnotist and clients he was able to take back into past lives. I learned so much about the different lives of these people through an easy to follow format, that held my interest the whole way through. I found the life of June to be the most intriguing because I felt like I was right there with her, and it amazed me how she could be taken back to a certain year and the information would consistentently be the same. I found the pictures added a nice touch and I also thought it was great how the author presented the information that she was able to document. It helped me to see how reputable and clean they were in their process, and hw they kept it as authentic as possible. I would recommend this exciting and eye opening guide to anyone who has a desire to learn more about past lives. Thanks Dolores, for sharing your fascinating self with the rest of us."
— Riki Frahmann, The Planet Starz Ezine