This Must Be the Place: An Oral History of Latin American Artists in New York, 1965-1975 (Paperback) 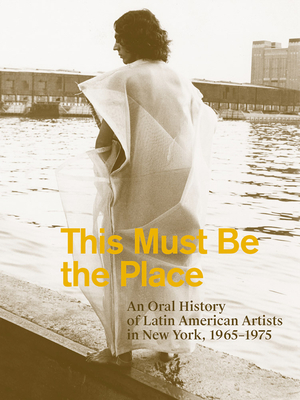 This Must Be the Place: An Oral History of Latin American Artists in New York, 1965-1975 (Paperback)

In the late 1960s and early 1970s, during a time of global cultural and social upheaval, a key group of Latin American artists migrated to New York. Part of the generational shift toward Happenings, Minimalism and Conceptualism, the group worked in conversation with experimental practices while exploring topics of migration, identity, politics, exile, and nostalgia. Drawing from both American culture and the cultures of their countries of origin, their works reflect the unique perspectives--both as insiders and outsiders--that these artists had as newcomers.
Conceived as a visual reader with newly sourced and existing testimonies, This Must Be the Place is the first book of its kind to highlight this generation of artists in interviews and primary source material. Organized by themes and illustrated with artworks, photographs and other archival material, the testimonies of these artists offer the reader a dynamic, candid and historically rich memoir of 1960s and 1970s New York.