After Poland: A Memoir Because of Primo Levi (Paperback) 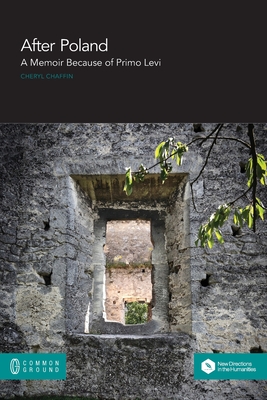 After Poland: A Memoir Because of Primo Levi (Paperback)

In If This Is a Man, Italian Jewish writer Primo Levi wrote an ethical treatise on how to regain humanity after atrocity. His need to write developed at Auschwitz. Upon return to Italy in late 1945, he began to compose his first testimonial work. In After Poland, a story written as both a biography and a memoir, scholar Cheryl Chaffin travels to Poland because of her love for Levi's writing and his story. As a student in Italy in the 1980s, Chaffin first discovered Levi's work. Years later, his words accompany her through sites of memory and modern streets of rebuilt cities and towns. Chaffin turns to Polish art, poetry, photography, and politics to make sense of interconnected histories. This is a literary love story of one's woman's confrontation with the trauma of history. In deep engagement with Levi's writing, she discovers her own ethical response to the world and learns how to live in response to the histories that haunt us.