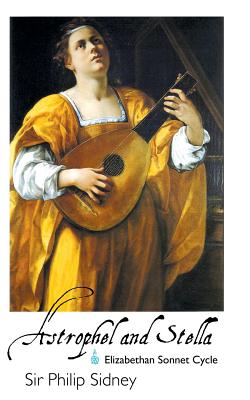 
Not On Our Shelves—Ships in 1-5 Days
(This book cannot be returned.)
SIR PHILIP SIDNEY: ASTROPHEL AND STELLA: ELIZABETHAN SONNET CYCLE

Sir Philip Sidney's 'Astrophel and Stella' is one of the major Elizabethan sonnet sequences, reprinted here in an attractive new edition.

'Astrophel and Stella' is a sonnet cycle of love poetry, and some of the finest verse in the English language.

The book includes a note on Sir Philip Sidney, illustrations, and suggestions for further reading. Each poem has a page to itself. It's a useful edition for students.

Sir Philip Sidney is one of the most well-known of Elizabethan sonneteers, and a key poet in contributing towards the fashionable success of the genre. Born in 1554 in Penshurst in Kent, Sidney was educated in Oxford (Christ Church) and Shrewsbury. Sidney was an ambassador (to the German Emperor in 1577), and involved in European politics (his European tour was 1572-1575). He was knighted in 1583, and was governor of Flushing in 1585. He died aged 31 in 1586, following wounds sustained in the Battle of Zutphen.

'Astrophel and Stella' was first published in 1591, and again in 1598 (where it was at back of the edition of 'Arcadia'). It was apparently edited by the Countess of Pembroke, one of the principal figures in Elizabethan poetry.