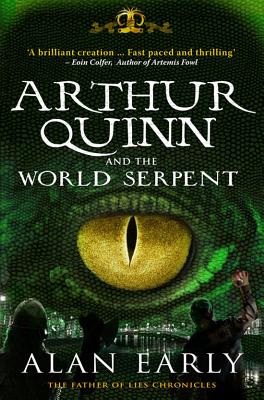 
Special Order—Subject to Availability
Something wicked has awoken under the streets of Dublin ... When his dad is offered a job working on the new Metro tunnel, Arthur has to move to Dublin with him. While exploring a hidden underground river, Arthur and his new friends Will and Ash find a mysterious glowing pendant. The pendant depicts a giant snake strangling the trunk of a tree. The friends soon figure out that the pendant is a warning, a sign that something evil is waiting underneath the city. Something that's been imprisoned for a thousand years, something left by the Vikings, something that can - and will - destroy first the city, then the world. What did the Vikings bury under the city of Dublin and why did they leave it there? Who is the dark man that spies on Arthur and what is his evil plan? In the end, only Arthur and his friends can save the world from the dreaded World Serpent.