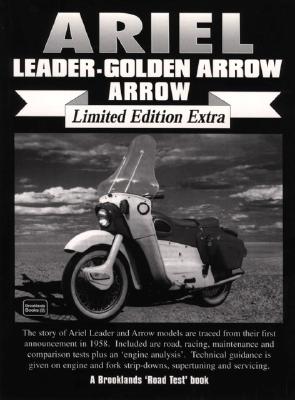 
Special Order—Subject to Availability
The two-stroke Leader introduced in 1958 was revolutionary with a 250 twin-cylinder engine and monocoque pressed steel frame. The Arrow followed in 1960, this being essentially a Leader without the superfluous superstructure. The sports Arrow was added in 1961, quickly dubbed the Golden Arrow because of the gold panels on the dummy fuel tank. Difficulties in getting components and low sales conspired to bring an end to production in 1965. A book of contemporary road and comparison tests, specification and technical data, new model introductions, rider's reports, long term tests, development, racing, history. Technical guidance is given on maintenance, engine and fork strip-downs, supertuning and servicing.