An Introduction to Object Relations (Paperback) 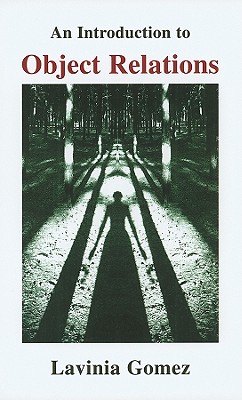 An Introduction to Object Relations (Paperback)


Not On Our Shelves—Ships in 1-5 Days
(This book cannot be returned.)
Object Relations places relationships at the centre of what it is to be human. Its premise is that the human being is essentially social and that our need for others is primary. Object Relations originated as the British-based development of classic Freudian theory. Its early proponents were Melanie Klein, Ronald Fairbairn, Donald Winnicott, Michael Balint, Harry Guntrip and John Bowlby. In this critical introduction to the subject, Lavinia Gomez presents the work of the main theorists chronologically, enabling the reader to gain a sense of how Object Relations develops and the ways in which the theorists build on, diverge from and oppose each other's ideas. An understanding of concepts emerges gradually as similar phenomena are examined though the eyes of each theorist. A brief biography brings to life the persons behind the theory, contributing to a deeper understanding and critical appreciation of their ideas. The second part of the book addresses the application of Object Relations in the practice of counselling and Psychotherapy; the issue of integrating different approaches; and the challenges of working across social and cultural groups and with borderline and psychotic people. A final chapter examines the foundations of Object Relations. Through written with students of psychotherapy and counselling in mind, this lively and perceptive book will interest anyone wishing to explore this fascinating field. Its strengths lie in its comprehensive coverage, its openness to different theoretical orientations and critical awareness of Object Relations as a culturally specific system of thought.