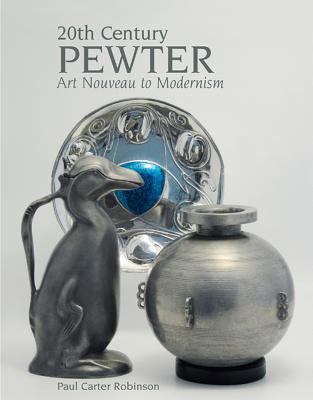 
Special Order—Subject to Availability
A comprehensive, lavishly illustrated guide to 20th century pewter, which combines key international manufacturers and designers in one book Pewter is a versatile alloy which has been used to make a wide variety of domestic objects since antiquity. Malleable and lustrous, it was commonly used for making tableware until the eighteenth and nineteenth centuries, when porcelain and glass became more popular. An inexpensive alternative to silver, it re-emerged as a popular material in the twentieth century, allowing for a new-found flexibility, and encouraging designers to experiment with form. From architectural finesse to the smallest everyday object, pewter was used globally, and was favored as an inlay for decorative panels, furniture, vases, and bowls. This volume outlines the development of pewter design from the Art Nouveau movement up to the Modernist period. The first book to examine the artists and manufacturers working in this versatile material, it highlights the important factories and workshops of Germany, Britain, France, the Netherlands, Austria, Scandanavia, Japan, and America. Histories of Wurttembergische Metallwaren Fabrik (WMF) and Liberty & Co. are included, as well as details of marks and monograms. With invaluable information on restoration, care, reproductions, and fakes, the volume includes over 350 original photographs of outstanding examples of twentieth century pewter design.
Paul Carter Robinson is no stranger to the subject of 20th century pewter. He has been collecting and dealing in this specialist area, from his London gallery for over 20 years. He co-curated the exhibition The Beauty of 'English Art Nouveau Pewter, The Museum of British Pewter Harvard House, Stratford-Upon-Avon, May-Oct 2004. He has lectured extensively and published numerous articles on his specialist subject.