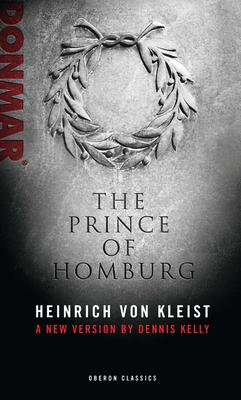 Heroic commander of the Prussian cavalry, the Prince of Homburg dreams of victory, glory and fame. But reckless disobedience during a crucial military operation leads the Prince into his greatest battle yet.

The Prince of Homburg is as satisfyingly chewy as the most teeth-wrecking kind of German sausage. Dennis Kelly’s lucid, often beautifully lyrical new version betrays the original by altering the ending. Realpolitik rather than philosophy wins out. Fine by me: Kelly’s subversive stroke subtly connects the emergence of the modern German state with the terrifying absolutism of the Nazis, without jeopardizing the drama’s other concerns. 3 stars”Dominic Cavendish, The Telegraph

a startlingly prophetic play about the equivocal nature of reality. 3 stars”Michael Billington, The Guardian