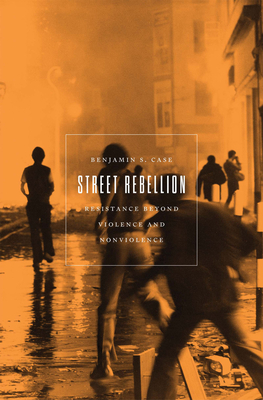 
On Our Shelves Now at:
In a style that bridges the divide between academia and activism, Street Rebellion develops a broader and more accurate understanding of how people struggle for liberation.

We are living in a time of uprisings that routinely involve physical confrontation--burning vehicles, barricades, vandalism, and scuffles between protesters and authorities. Yet the Left has struggled to incorporate rioting into theories of change, remaining stuck in recurring debates over violence and nonviolence. Civil resistance studies have popularized the term "strategic nonviolence," spreading the notion that violence is wholly counter-productive. Street Rebellion scrutinizes recent research and develops a broad and grounded portrait of the relationship between strategic nonviolence and rioting in the struggle for liberation.

Benjamin S. Case is an organizer, educator, and writer. He is a researcher at the Center for Work and Democracy and a fellow at the Resistance Studies Initiative. Case is based in Pittsburgh, PA.