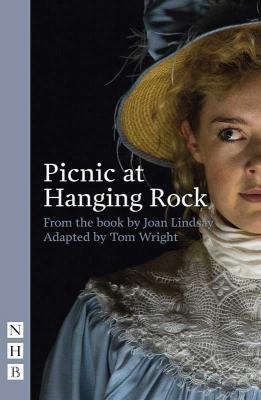 
Not On Our Shelves—Ships in 1-5 Days
On a summer's day in 1900, three Australian schoolgirls on a picnic expedition to the remote Hanging Rock abscond from their group. They are last seen heading towards the beckoning Rock... In Wright's chilling adaptation, five performers struggle to solve the mystery of the missing girls and their teacher while euphoria and terror reverberate throughout the community.
Joan Lindsay (1896-1984) was an Australian novelist, playwright, essayist, and artist, best known for her 1967 novel, Picnic at Hanging Rock. She was born Melbourne, Australia, where she went to school at Clyde Girls Grammar in East St Kilda. She knew and loved the Macedon district, the setting for Picnic at Hanging Rock, from early childhood. She studied at the National Gallery of Victoria Art School, Melbourne, and, as well as her career as a novelist, exhibited watercolour and oil paintings throughout her lifetime. Her other novels included Through Darkest Pondelayo and Time Without Clocks. Picnic at Hanging Rock was published in 1967 to critical acclaim, and was adapted into a film of the same name in 1975, directed by Peter Weir. The book continues to be considered one of the most important Australian novels of all time. In 1922 in London, Joan married Sir Daryl Lindsay. The Lindsays travelled together in Europe and the USA, Daryl with his paints and Joan with her typewriter. Sir Daryl died in 1976. Joan lived at their country home on the Mornington Peninsula, Mulberry Hill, Victoria, Australia. She died in December 1984. Tom Wright is an Australian theatre writer, mostly known for his adaptations and translations. He was born and educated in Melbourne. He was a member of Barrie Kosky's Gilgul Theatre in the 1990s, was Associate Director of Sydney Theatre Company 2004-2012, and is currently Associate Artist at Belvoir, Sydney. His plays and adaptations include Picnic at Hanging Rock, A Journal of the Plague Year, The Caucasian Chalk Circle, Ubu, This Is a True Story, Lorilei, Babes in the Wood, Tense Dave, The Odyssey, The Lost Echo, Criminology (with Lally Katz), Tales from the Vienna Woods, The Women of Troy, The War of the Roses, The Duel, Baal, Optimism, Oresteia, On the Misconception of Oedipus, The Histrionic and Black Diggers.
'An explosion of theatrical power as fierce as it is contemplative, and so original that no-one who sees it is likely to forget it… Wright’s adaptation gives fierce attention to the novel’s sense of the sheer arrogance and inadequacy of imperial British culture, as it tried to “tame” a land so ancient, implacable, and strange. Yet it is brilliant, too, on the infinitely mutable energy of youth, the huge suppressed erotic power and pressure, in these young women, that feels as if it could literally move mountains, and tear its way through a gap in time' - Scotsman

'Emotion, violence and meaning bubble up like magma… mythic in its scope and magical in its appearance... an evocative adaptation that finds horror not in nature, but in the civilising class' - The Stage

'A potently poetic, enigmatic pschyco-drama… Tom Wright’s adaptation of Joan Lindsay’s novel [has] an authentic, snarling economy of polite and prim, petticoat savaged menace… as compelling, visceral and insistent as that wasp in your otherwise perfect picnic jam pot. Unmissable' - The Edinburgh Reporter

'This retelling of the Joan Lindsay cult classic proves the book's theme remains relevant – and will terrify the pants off you.' - Guardian