Things I Know to Be True (Paperback) 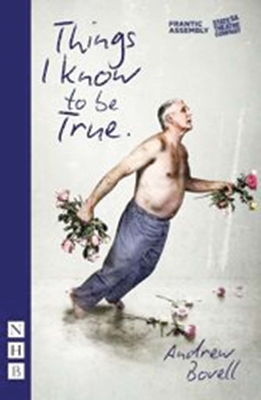 Things I Know to Be True (Paperback)


Special Order—Subject to Availability
A complex portrait of the mechanics of a family through the eyes of four siblings struggling to define themselves beyond their parents' love and expectations.
Bob and Fran have worked hard to give their four children the opportunities they never had. But the change of the seasons reveals some shattering truths, leaving us asking whether it's possible to love too much.
Andrew Bovell is a critically acclaimed Australian playwright and screenwriter. His theatre credits include Things I Know To Be True (Frantic Assembly and the State Theatre Company of South Australia, 2016); The Secret River (Sydney Theatre Company, 2013 Sydney Festival and 2016 national tour, winner of six Helpmann Awards including Best Play, as well as Best New Work Sydney Theatre Awards); When the Rain Stops Falling (Brink Production/State Theatre Company, 2008 Adelaide Festival, Almeida Theatre, Lincoln Centre NYC, winner of five Lucille Lortell Awards). Earlier works include Speaking in Tongues and Holy Day. Film credits include Strictly Ballroom, A Most Wanted Man, Edge of Darkness, Blessed, Lantana, and Head On.
'A collaboration between Australia and the UK, the family drama is tender, physical and deeply relatable – set in Adelaide, but looking towards the world' ★★★★ —The Guardian

'Both down to earth and gently magical. It’s the sort of uniquely theatrical evening that might just convert those suspicious that theatre doesn’t speak to them' - The Times

'a thing of beauty... Bovell offers us a portrait of family life in all its gory reality – and it is an absolute gem... so exquisitely observed it makes you wince' - Telegraph

'A mix of warm humanity and sadness… there’s an intelligent attentiveness to the little details of domesticity, some sour and others honeyed' - Evening Standard