Vermeer and the Art of Love (Northern Lights) (Hardcover) 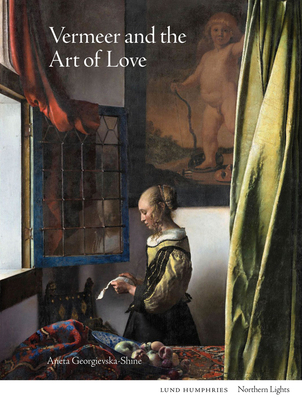 Vermeer and the Art of Love (Northern Lights) (Hardcover)


Coming Soon—Pre-Order Now
Vermeer and the Art of Love is about the emotions evoked in those elegant interiors in which a young woman may be writing a letter to her absent beloved or playing a virginal in the presence of an admirer. But it is also about the love we sense in the painter’s attentiveness to every detail within those rooms, which lends even the most mundane of objects the quality of something extraordinary. In this engaging and beautifully illustrated book, Georgievska-Shine uncovers the ways in which Vermeer challenges the dichotomies between 'good' and 'bad' love, the sensual and the spiritual, placing him within the context of his contemporaries to give the reader a fascinating insight into his unique understanding and interpretation of the subject.
Aneta Georgievska-Shine is an academic and writer. A senior lecturer in the Department of Art History at the University of Maryland, she has published widely on early modern art, including the books Rubens, Velázquez, and the King of Spain (co-authored, Ashgate, 2014) and Rubens and the Archaeology of Myth (Ashgate, 2009).