Border Walls: Security and the War on Terror in the United States, India, and Israel (Paperback) 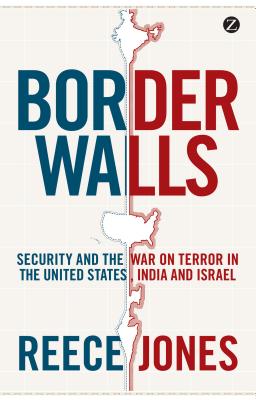 Border Walls: Security and the War on Terror in the United States, India, and Israel (Paperback)


Not On Our Shelves—Ships in 1-5 Days
Two decades after the fall of the Berlin Wall, why are leading democracies like the United States, India, and Israel building massive walls and fences on their borders? Despite predictions of a borderless world through globalization, these three countries alone have built an astonishing total of 5,700 kilometers of security barriers. In this groundbreaking work, Reece Jones analyzes how these controversial border security projects were justified in their respective countries, what consequences these physical barriers have on the lives of those living in these newly securitized spaces, and what long-term effects the hardening of political borders will have in these societies and globally.

Border Walls is a bold, important intervention that demonstrates that the exclusion and violence necessary to secure the borders of the modern state often undermine the very ideals of freedom and democracy the barriers are meant to protect.

Border Walls won the 2013 Julian Minghi Outstanding Research Award presented at the American Association of Geographers annual meeting. The award is presented for a book that makes an innovative, original contribution to political geography.

Dr. Reece Jones is an Assistant Professor of Geography at the University of Hawai'i at Manoa and a leading authority on political borders.