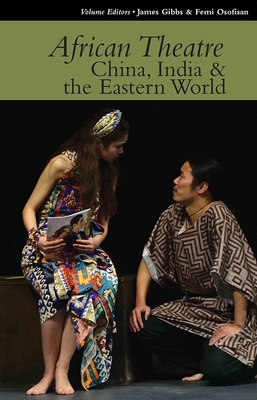 
Special Order—Subject to Availability
Extends the study of China's "soft power" into theatre studies and looks more widely at syncretic traditions evolving in other long-term historic exchanges between Asia and Africa. China is the main focus of this volume, and articles consider the way it is using "soft power" in its extensive engagement with South Africa, and, through its support for theatre festivals, with Lusophone countries in Africa. China's involvement with the construction of theatres, opera houses and cultural facilities as part of its foreign aid programmes in such countries as Algeria, Cameroon, Mauritius, Ghana and Senegal, provides the background to the playscript from this volume, Blickakte (Acts of Viewing) by Daniel Schauf, Philipp Scholtysik & Jonas Alsleben, that explores Chinese impact in Somalia.
Issues also emerge around what China is "importing" culturally fromAfrica. In 2012, Soyinka's The Lion & the Jewel was produced there, and a season of Fugard's work was enjoyed in Beijing during 2014. During 2016 Brett Bailey's Macbeth Opera will be performed in Macao. In recent years courses in African theatre have been started in Beijing by Biodun Jeyifo, and also taught by Femi Osofisan whose well-known Esu and the Vagabond Minstrels and Once Upon Four Robbers have been translatedinto Mandarin, along with Soyinka's The Lion & the Jewel. The volume also includes contributions on exchanges between other Asian countries and Africa such as articles on the production of African plays in Bangladesh and onthe persistence of African performance traditions among African migrants in India. Attention is paid to the syncretic theatre traditions that have evolved wherever African and Asian populations have been in close and extended contact, as in Mauritius and Durban. Unusual exchanges and globalized theatre surfaces in the course of the volume. For example, while the Guangdong Provincial Puppet Art Theatre Group performed at the 41st Grahamstown Festival (2015), Chinese puppeteers are being trained to manipulate the War Horse for a Beijing production. Volume Editors: JAMES GIBBS & FEMI OSOFISAN
FEMI OSOFISAN Thalia Laureate of the International Association of TheatreCritics 2016 Series Editors: Martin Banham, Emeritus Professor of Drama & Theatre Studies, University of Leeds; James Gibbs, Senior Visiting Research Fellow, University of the West of England; Femi Osofisan, Professor ofDrama, University of Ibadan; Jane Plastow, Professor of African Theatre, University of Leeds; Yvette Hutchison, Associate Professor, Department of Theatre & Performance Studies, University of Warwick.