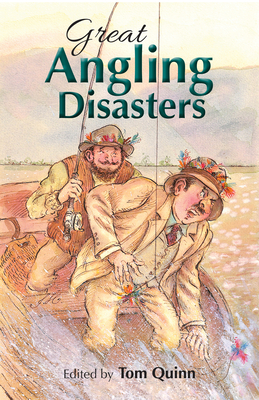 
Not On Our Shelves—Ships in 1-5 Days
A unique collection of fishing stories from the past 200 years that prove that when it comes to fishing, things can and often do go hilariously wrong. From stories of record breakers that got away to boats that sank, rods that broke and pike and salmon that ran amok, Great Angling Disasters is the ultimate chronicle of those less than triumphant days on the riverbank. For everyone interested in fishing with rod and line whether they are game, coarse or sea fishermen.
Freelance journalist and author Tom Quinn has written for a number of national magazines and newspapers including the Times, Telegraph and Daily Mail. He was formerly Assistant Editor of Trout & Salmon magazine and editor of The Countryman. He has published more than thirty titles including The Perfect Cast and most recently, Cat Tales (978-1-84689-229-5) and Barking Mad (978-1-84689-209-7).