A Literary Tour of Italy (Paperback) 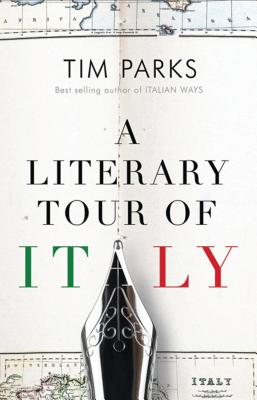 A Literary Tour of Italy (Paperback)

An acclaimed author of novels and short stories, Tim Parks--who was described in a recent review as "one of the best living writers of English"--has delighted audiences around the world with his finely observed writings on all aspects of Italian life and customs. This volume contains a selection of his best essays on the literature of his adopted country.

From Boccaccio and Machiavelli through to Moravia and Tabucchi, from the Stil Novo to Divisionism, across centuries of history and intellectual movements, these essays will give English readers, and lovers of the Bel Paese and its culture, the lay of the literary land of Italy.

Tim Parks is the author of fourteen novels, including Europa, Destiny, Cleaver, Sex Is Forbidden and Painting Death, all of them translated into many languages. As well as being a novelist and the author of several works of non-fiction, Tim is the acclaimed translator of books by Moravia, Calvino, Machiavelli, and other Italian writers. He's a regular contributor to the New York Review of Books and the London Review of Books. His last book, Italian Ways was published by Harvill Secker.

“There are many ways of touring the land that Italians, following Dante, call il bel paese, and Parks is as perceptive a guide as could be wished.” - TLS

“It is an immensely learned, elegantly written rehearsal of the significance of 23 Italian writers, from Dante in the 13th century to Antonio Tabucchi in our own, and as such it amounts I think to an assessment of the Italian sensibility as a whole. Nobody is better qualified than Tim Parks to guide us through such an experience . . . He can be as entertaining as he is scholarly, and he is evidently profoundly concerned with the relationship everywhere between art and life.” - The Spectator

“Tim Parks’s new volume of essays goes where it is inaccessible to the casual tourist, deep into the literature” - The Independent