Crisis of the State: War and Social Upheaval (Hardcover) 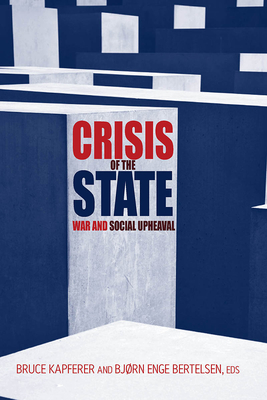 Crisis of the State: War and Social Upheaval (Hardcover)

Analyzing both historical contexts and geographical locations, this volume explores the continuous reformation of state power and its potential in situations of violent conflict. The state, otherwise understood as an abstract and transcendent concept in many works on globalization in political philosophy, is instead located and analyzed here as an embedded part of lived reality. This relationship to the state is exposed as an integral factor to the formation of the social - whether in Africa, the Middle East, South America or the United States. Through the examination of these particular empirical settings of war or war-like situations, the book further argues for the continued importance of the state in shifting social and political circumstances. In doing so, the authors provide a critical contribution to debates within a broad spectrum of fields that are concerned with the future of the state, the nature of sovereignty, and globalization.