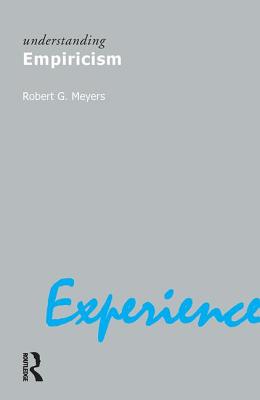 
Special Order—Subject to Availability
"Understanding Empiricism" is an introduction to empiricism and the empiricist tradition in philosophy. The book presents empiricism as a philosophical outlook that unites several philosophers and discusses the most important philosophical issues bearing on the subject, while maintaining enough distance from, say, the intricacies of Locke, Berkeley, Hume scholarship to allow students to gain a clear overview of empiricism without being lost in the details of the exegetical disputes surrounding particular philosophers. Written for students the book can serve both as an introduction to current problems in the theory of knowledge as well as a comprehensive survey of the history of empiricist ideas. The book begins by distinguishing between the epistemological and psychological/causal versions of empiricism, showing that it is the former that is of primary interest to philosophers. The next three chapters, on Locke, Berkeley, Hume respectively, provide an introduction to the main protagonists in the British empiricist tradition from this perspective. The book then examines more contemporary material including the ideas of Sellars, foundations and coherence theories, the rejection of the a priori by Mill, Peirce and Quine, scepticism and, finally, the status of religious belief within empiricism. Particular attention is paid to criticisms of empiricism, such as Leibniz's criticisms of Locke on innatism and Frege's objections to Mill on mathematics. The discussions are kept at an introductory level throughout to help students to locate the principles of empiricism in relation to modern philosophy.