Birthing A New Civilization: Transition to the New Golden Age in 2032 (Paperback) 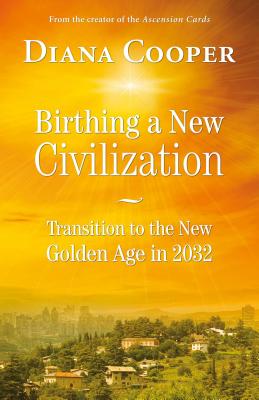 Birthing A New Civilization: Transition to the New Golden Age in 2032 (Paperback)


Backordered
In Birthing a New Civilization Diana Cooper takes stock of where humanity stands in its evolutionary development looking at the current transition towards 2032.

This fascinating forecast highlights the new spiritual energies entering the planet and bringing shifts to economic, political, and climatic arenas. Further predictions are offered for individual countries and include a time frame for this massive transition, anticipated to last until the Earth moves fully into the fifth-dimensional frequency in 2032.

From what to expect to how to prepare, this exciting exploration serves as guidance for the coming years, allowing readers to attune themselves to the spiritual forces on the horizon and prepare themselves to ascend into the 5th dimension.
Diana Cooper is a therapist, healer, author of several books, and the founder of the Diana Cooper Foundation. Her journey started during a time of personal crisis when she received an angel visitation that changed her life. Since then the angels and her guides have taught her about the angelic realms, unicorns, fairies, Atlantis, and Orbs as well as many other spiritual subjects. Through her workshops and therapy practice she has helped countless people find their life mission, fulfill their potential, and empower their lives. Diana’s aim and vision is to light the way to enable children, adults, and the planet to ascend graciously and happily.
"Considered one of the most loved spiritual teachers of our time, Diana Cooper reveals the guidance from the angelic realms and explains what to expect, how to prepare and offers exercises and support for readers who wish to attune to future spiritual forces and prepare for their ascension to the 5th dimension."
— OM Times