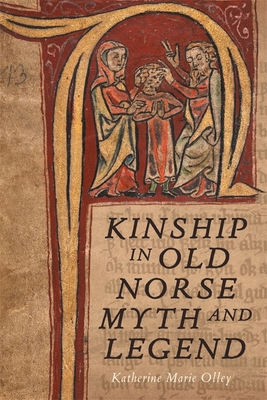 
Not On Our Shelves—Ships in 1-5 Days
(This book cannot be returned.)
This wide-ranging study offers a new understanding of Old Norse kinship in which the individual self was expanded to encompass its kin. Family interactions in Old Norse myth and legend were often fraught, competitive, even violent as well as loving, protective and supportive. Focusing particularly on intergenerational relationships in the legendary sagas, the Poetic Edda and Snorra Edda, this book reveals not only why ambivalence was so characteristic of mythic-heroic kinship relations but how they were able to endure, even thrive, in spite of such pressures. Close attention is paid to the way gender inflects the dynamic between parents and their children and to the patronymic naming system which prevailed in Old Norse society, while outdated assumptions about the existence of a special relationship between a man and his sister's son inherited from earlier Germanic society are reassessed for the first time in decades. What emerges from this wide-ranging study is a new understanding of Old Norse kinship as a dynamic transpersonal process rather than a presocial fact, in which the individual self was expanded to encompass its kin. Taking the lead from recent anthropological research into kinship and with exciting implications for our understanding of Old Norse personhood, emotions, and the life course, this book challenges its readers to rethink many of the basic ontological assumptions which they bring to their interpretations of Old Norse myth and legend.