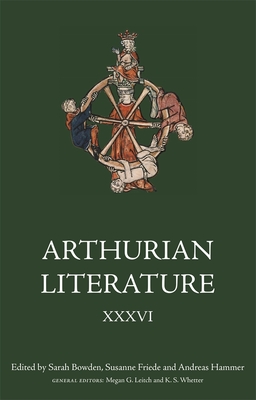 This is book number 36 in the Arthurian Literature series.

Arthurian Literature has established its position as the home for a great diversity of new research into Arthurian matters. It delivers fascinating material across genres, periods, and theoretical issues. TIMES LITERARY SUPPLEMENT Guest Editors: Sarah Bowden, Susanne Friede and Andreas Hammer
This special issue focuses on space and place in Arthurian literature, from a wide range of European traditions. Topics addressed include the connections between quest space and individual spirituality in the Vulgate Queste and Malory's Morte Darthur; penitence in Hartmann's Iwein and Gregorius; parallels in sacred spaces in the Matter of Britain and medieval Ireland; political prophecy in Sir Gawain and the Green Knight and The Awntyrs off Arthure A; syntagmatic and paradigmatic spaces in Chr tien's Perceval; spatial significance in Wigalois and Prosa Lancelot; the political meaning of the tomb of King Lot and the rebel kings in Malory's Morte Darthur; and sexual spaces in twelfth-century French romance.