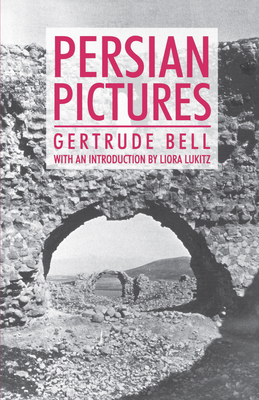 This brilliant, vivid and impressionistic series of sketches, formed during her 1892 stay in Persia, is Gertrude Bell's first published work. Infused with a distinctive orientalism, 'Persian Pictures' is an evocative, virtuosic meditation, moving sinuously between Persia's heroic, complex, mythical past and its present decline; the public face of Tehran and the otherworldly 'secret, mysterious life of the East', the lives of its women, its enclosed, quasi-medieval gardens; from the bustling cities to the lonely wastelands of Khorasan. Bell's documentation of Muharram - the month of mourning for Imam Hussein, the grandson of the Prophet Mohammed - and Ramadan, display a mind finely attuned to the differences and similarities between Islam and Christianity, East and West. 'Persian Pictures' is both travelogue and meditation, an elegiac and beautifully observed account of a spellbinding land.

As a scholar, historian, linguist, archaeologist, photographer, secret service agent and traveller, (1868-1926), Gertrude Bell was a hugely significant figure of her time. Her early travels were made in Europe and Persia; she made two round-the-world trips (1897-98 and 1902-03). She was instrumental in creating the new state of Iraq and as Honorary Director of Antiquities in Iraq, she established the Iraq Museum in Baghdad. Dr Liora Lukitz has for several years been a research fellow at the Centre for Middle East Studies at Harvard University.