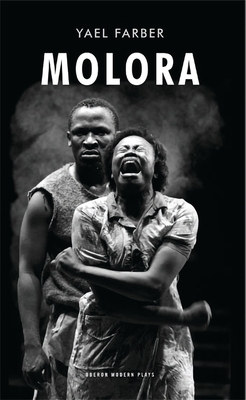 Based on the Oresteia by Aeschylus

In this reworking of Aeschylus' Oresteia, Klytemnestra and Elektra face one another in a dramatic confrontation. Attempts to come to terms with their violent past echo testimonies delivered in Apartheid's wake throughout South Africa during the Truth and Reconciliation Commission. Aeschylus' chorus is replaced by Xhosa tribeswomen, who bring grace and humanity through their ancient art of split tone singing. Molora (the Sesotho word for 'ash') is an examination of vengeance, and the breaking of its cycles by the everyman.
Yael Farber is an award-winning theatre artist of international acclaim.Her original works have toured the world extensively, earning her a reputation for hard-hitting, controversial theatre of the highest artistic standards. She has developed a body of powerful testimonial works, as well as radical adaptations of the classics. With a focus on the personal, her creations invariably articulate the inherently political. Farber was named Artist of the Year in her native South Africa in 2003. She is the recipient of numerous awards both in South Africa and internationally. Her trilogy Theatre as Witness: Three Testimonial Plays from South Africa, as well as her celebrated Orestia adaptation Molora, and RAM: The Abduction of Sita into Darkness, her adaptation of the ancient tale of The Ramayana are also published by Oberon Books.