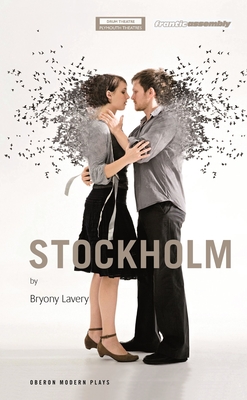 Meet the couple every couple wants to be. Attractive and immaculately turned out, they are the perfect team. Tomorrow they will be in Stockholm, a city where, in summer, the sun shines 24/7 and sometimes it's dark all day long. Today it's his birthday and she's going to give him all his presents and treats and surprises.
Treading a fine line between tenderness and cruelty, Stockholm reveals a relationship unravelling. It's beautiful, but it's not pretty.

Stockholm unites leading physical theatre company Frantic Assembly with award-winning playwright Bryony Lavery and designer Laura Hopkins (Black Watch, Mercury Fur) to deliver an extraordinary perspective on the nature of modern love. Stockholm opened at the Theatre Royal Plymouth in September 2007.
Byrony Laveny has been hailed as one of the UK's most important playwrights by the Observer. Her other erecent plays include Frozen and adaptations of The Magic Toyshop and Behind the Scenes at the Museum. Her adaptation of the Finnish play Cherished Disappointments in Loce is also published by Oberon Books amd available from TCG.