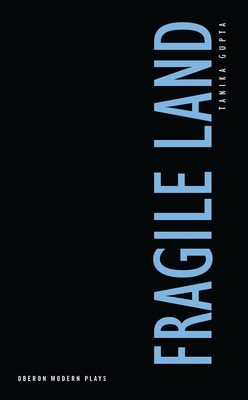 The first performance in The Space, Tanika Gupta's Fragile Land is about what nationhood means for second generation immigrants: revealing the complexities of life for a new generation of young Londoners. Suitable for ages 14+
Fragile Land was performed at the Hampstead Theatre, London, from 25th March - 12th April 2003.

Tanika Gupta has written for theatre, radio, film and television. Her stage plays include Voices in the Wind, Skeleton, On the Coach with Enoch, Sanctuary (also published by Oberon books) and The Waiting Room, which won the John Whiting Award. She has also translated Brecht's The Good Woman of Sezuan and adapted Gita Mehta's A River Sutra.