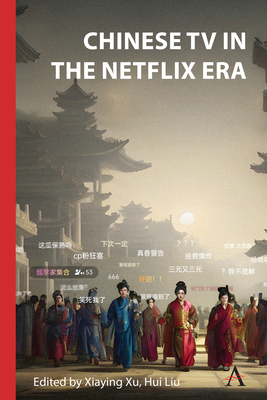 Subscription-video-on-demand (SVOD) services are available on many online video streaming platforms (VSPs) in China, such as iQiyi, Youku, and Tencent Video, backed by Baidu, Alibaba, and Tencent groups (BAT), respectively. The video content on these platforms matches those broadcasted on national or provincial television, or originally produced and exclusively streamed on the VSP. Meanwhile, VSPs purchase the distribution rights of foreign films and television series to enrich the content pool--for instance, the first season of the U.S. sitcom Friends (1994) is now available on Tencent Video. The content on VSPs can be viewed on a computer screen, iPad, or cell phone or be streamed on the television screen, facilitated by 4G or 5G networks. Audiences now have the option of watching video alone on their preferred screen while interacting with other viewers through bullet screen comments. So television has grown to be an increasingly flexible and dynamic mode of communication.

In this context, this book aims to provide an account of Chinese television, particularly online drama series, or webisodes, with an awareness of the existence and competition of Netflix. Currently, Chinese VSPs of webisodes cannot defeat Netflix in terms of production value, nor can they be like Netflix, as is the case for its Belgian alternative. The chapter analyzes the strategies that these VSPs deployed for survival and development. However, the media convergence of broadcasting, telecommunications, and the internet is far more complicated than technology convergence. It involves negotiations of power relations, commercial interests, and national cultural security concerns.

Traditional models of TV drama distribution are being transgressed. China Central Television (CCTV) and provincial stations no longer dominate the market. TV drama release schedules have changed from "TV station first, internet later" strategies to synchronous schedules, or even "internet first, TV station later" strategies. Audiences 18 to 30 years old represent 67.2% of the audience of TV dramas online. The relationship between state administration and VSP marketization is by no means straightforward or easy to grasp. It is a consensus among Chinese television scholars that there is a paradox between implementing a neoliberal strategy of marketization and maintaining control over ideology and national cultural security. TV drama production and consumption are at the center of this paradoxical relationship. This book, therefore, covers topics on business strategies of VSPs, original content production trends, trans-media stories telling cases, practitioner insights, and audience behavior.