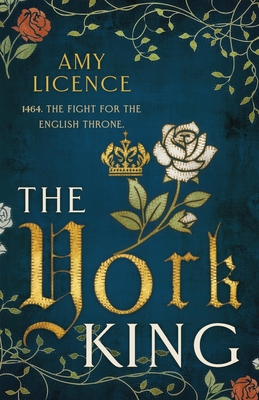 
Not On Our Shelves—Ships in 1-5 Days
1464. Family conflicts, Lancaster against York, the fight for the English throne continues.

During the early years of his reign, Edward IV of York battles to bring peace and stability to the country, as Henry Beaufort, Duke of Somerset, raises support in the north, attempting to return the Lancastrian king, Henry VI, to the throne.

With uprisings imminent, the Earl of Warwick pursues a marriage alliance with France, determined to bring about a friendship between the two countries and suppress support for Lancaster.

Unhappy with the match, Edward meets Elizabeth Woodville, daughter of a squire, and marries in a secret ceremony. With verbal agreements broken, friendships damaged and old divisions reappearing, Edward finds himself facing new enemies much closer to home.

Set during the Wars of the Roses, this is the second volume in the House of York trilogy.

Amy Licence is a journalist, author, historian and teacher with a particular interest in the fifteenth and early sixteenth centuries. She has written for many publications including The Guardian, TLS and BBC History and has been a guest on numerous radio and television programmes. She lives in Kent.