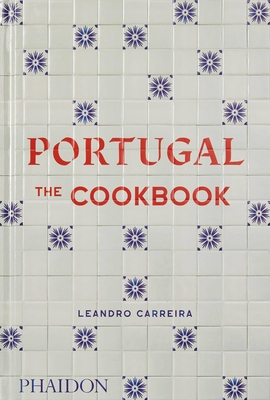 With its diverse cuisine and intriguing culinary history, Portugal is a top travel destination for food lovers worldwide. Portugal: The Cookbook gathers together dishes from every region of the country, including fish and shellfish dishes from the Algarve coast, hearty stews from the Douro Valley, and the famous and beloved pastries of Lisbon. Acclaimed chef Leandro Carreira has researched more than 550 traditional recipes for home cooks that encapsulate the breadth and diversity of the food of Portugal, a country whose immense culinary influence has spread far beyond its borders.

Leandro Carreira cut his culinary teeth at Andoni Luis Aduriz’s restaurant, Mugaritz, in the Basque region of Spain, before arriving in London and working with Nuno Mendes at Viajante as Head Chef. His residency at Climpson’s Arch in East London, an exploration of regional Portuguese cooking, received five-star reviews. Londrino, his first restaurant, opened in Bermondsey in 2017 and his current project, The Sea, The Sea, in Chelsea has been followed by The Sea, The Sea Chef’s Table in late 2021.

'Best read with the eye of an obsessive, but also compelling enough to make an obsessive out of anyone.' - Eater

'For those curious about the Portuguese approach to flavor — both its history and its many variations — this volume is unparalleled.' - Departures