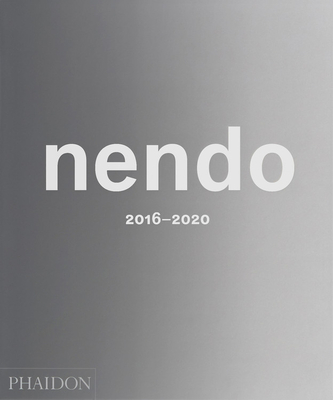 A brand-new monograph celebrating the work of nendo, one of the most sought-after design studios working today

nendo's extensive, idiosyncratic body of work flows seamlessly across disciplines, and is executed in every medium imaginable – from paper clips to watches, shoes, chocolates, glassware, and furniture, all the way up to interior design projects and freestanding architecture. Hot on the heels of nendo's 2019 Phaidon monograph, which traced the first 13 years of the studio's prolific output, nendo 2016-2020 shows us what founder Oki Sato and his team did next – an astonishing number of projects in five years. In addition to nendo's collaborations with some of the biggest brands in design, such as Cappellini, Kartell, Flos, and Coca-Cola, nendo was named Designer of the Year by Architektur & Wohnen in 2019, was winner of the Blueprint Awards designer category in 2018, named first on the Dezeen Hot List of designers in 2016, and winner of the Elle Decor Design Awards in 2015.

nendo is a Tokyo-based, multidisciplinary design studio, established by Oki Sato in 2002. Notorious for its prolific output - the studio works on up to 400 products at any one time - nendo is the recipient of numerous awards, including being named Designer of the Year by Architektur & Wohnen in 2019, winner of the Blueprint Awards designer category in 2018 and of the Elle Decor Design Awards in 2015.