125: The Jet Dragon That Roared (Paperback) 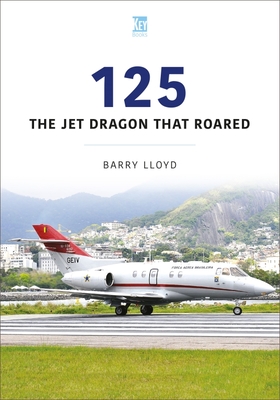 125: The Jet Dragon That Roared (Paperback)


Coming Soon—Pre-Order Now
The 125 was originally conceived in the 1960s. Initially, the response in Europe to a business jet was lukewarm, but in North America, the benefits of individual jet travel were already more apparent, and the orders soon began to arrive. This interest then extended to Europe, with both civil and military operators placing orders. The 125 was also the first Western aircraft to receive full certification in the former Soviet Union.

With one eye constantly on the competition, there was a policy of continuous improvement, which was evident both externally and internally. More than half of the total sales were to the US, so it was perhaps inevitable that eventually production would be transferred across the Atlantic. Ultimately, this did not work out as planned and the various difficulties encountered culminated in the demise of both the aircraft and the company that built it. With over 150 images, this book presents the history of the aircraft from its development as a mid-cabin-sized business jet, which had huge appeal within the corporate business jet market, to its ultimate downfall.