Eye on the Ball (Paperback) 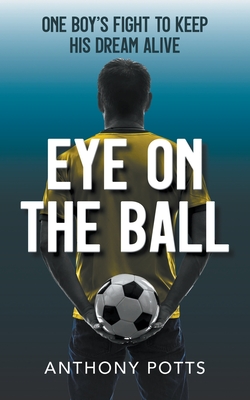 Eye on the Ball (Paperback)

Liam Osborne has a dream - to play professional football for Clifton Rangers.

The year is 1989. Clifton Rangers have gone from Division One champions and European Cup winners to being one of the favourites for relegation from Division Two.

Former player and current manager Harry Welch is desperate for a return to the glory days, but he is beginning to think it may never happen.

Legendary scout Len Carlton thinks he may have discovered someone to answer all their prayers except there is a problem. Liam is a shy 17-year-old from a broken home who may not be ready for the harsh world of professional football.

Things are not going to come easily for Liam. Is he strong enough to fight for his dream? Can he convince the people around him that he is worthy of his opportunity? Or is he not up to the challenge?

Inspired by his experiences as a professional footballer is this debut novel from Anthony Potts. It is a chance to go behind the scenes in the brutal world of professional sports.

Other books by Anthony Potts

Read his next book in the series: Star on the Rise