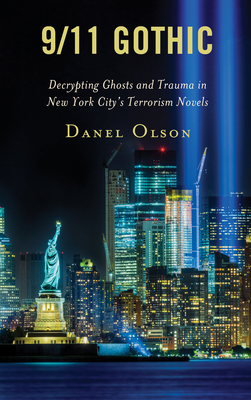 
Not On Our Shelves—Ships in 1-5 Days
Published to coincide with the twentieth anniversary of the World Trade Center attacks, 9/11 Gothic: Decrypting Ghosts and Trauma in New York City's Terrorism Novels returns to the ruins and anguish of 9/11 to pose a question not yet addressed by scholarship. Two time World Fantasy Award-winning writer Danel Olson asks how, why, and where New York City novels capture the terror of the Al-Qaeda mass murders through a supernatural lens. This book explores ghostly presences from the world's largest crime scene in novels by Don DeLillo, Jonathan Safran Foer, Lynne Sharon Schwartz, Griffin Hansbury, and Patrick McGrath-all of whom have been called writers of Gotham. Arguing how theories on trauma and the Gothic can combine to explain ghostly encounters civilian survivors experience in fiction, Olson shares what those eerie meetings express about grief, guilt, love, memory, sex, and suicidal urges. This book also explores why and how paths to recovery open for these ghost-visited survivors in the fiction of catastrophe from the early twenty-first century.
Danel Olson is professor at Lone Star College in Houston, Texas.