Gandhi and Rajchandra: The Making of the Mahatma (Explorations in Indic Traditions: Theological) (Paperback) 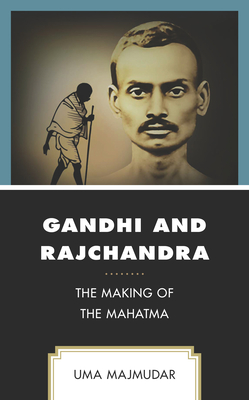 Gandhi and Rajchandra: The Making of the Mahatma (Explorations in Indic Traditions: Theological) (Paperback)


Not On Our Shelves—Ships in 1-5 Days
(This book cannot be returned.)
Mahatma Gandhi, one of the greatest influencers in the world, was himself influenced by trailblazing thinkers and writers like Tolstoy, Ruskin, Thoreau, and others--each one contributing significantly to his moral and spiritual development. Yet only a few people know the most consequential person to have played a pivotal role in the making of the Mahatma: Shrimad Rajchandra. About the unparalleled influence of this person, Gandhi himself wrote: "I have met many a religious leader or teacher... and I must say that no one else ever made on me the impression that Raychandbhai did." Uma Majmudar, digging deep into the original Gujarati writings of both Gandhi and Rajchandra, explores this important relationship and unfolds the unique impact of Rajchandra's teachings and contributions upon Gandhi. The volume examines the contents and significance of their intimate spiritual discussions, letters, questions and answers. In this book, Dr. Majmudar brings to the forefront the scarcely known but critically important facts of how Rajchandra "molded Gandhi's inner self, his character, his life, thoughts and actions." This Jain zaveri (jeweller)-cum-spiritual seeker became Gandhi's most trusted friend, as well as an exemplary mentor and "refuge in spiritual crisis.
Uma Majmudar teaches in the philosophy and religion department at Spelman College.