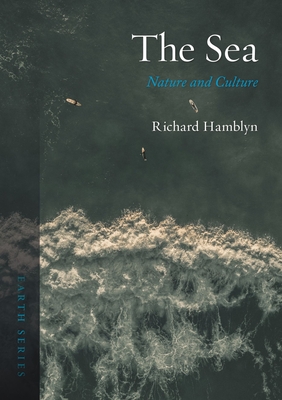 
In Stock—Click for Locations
Sailing across time and geography, the imaginary and the real, The Sea chronicles the many physical and cultural meanings of the watery abyss.

This book explores the sea and its meanings from ancient myths to contemporary geopolitics, from Atlantis to the Mediterranean migrant crisis. Richard Hamblyn traces a cultural and geographical journey from estuary to abyss, beginning with the topographies of the shoreline and ending with the likely futures of our maritime environments. Along the way he considers the sea as a site of work and endurance; of story and song; of language, leisure, and longing. By meditating on the sea as both a physical and a cultural presence, the book shines new light on the sea and its indelible place in the human imagination.
Richard Hamblyn is a lecturer in the Department of English, Theatre and Creative Writing at Birkbeck, University of London. An award-winning environmental writer and historian, his previous books include The Invention of Clouds and The Art of Science.
"Hamblyn does justice to the ocean’s vast and mysterious nature. . . . This pleasant and edifying study will be a nice place to start for readers looking to learn more about the ocean."
— Publishers Weekly

"This new volume examines the physical, historical, literary, and sociocultural aspects of its title topic in a lively and extensively illustrated presentation suitable for the edification and enjoyment of a wide ranging readership. Those who have already discovered the Earth series should be very pleased at what they find in The Sea. And as for those for whom this would be their first experience of what the series has to offer, they may take comfort in knowing that if they enjoy it, there are twenty-six more volumes in the series that also delve into pertinent aspects of the planet we all call home."
— Well-read Naturalist

“A whirlwind tour of the world’s seas and oceans . . . from oceanography and marine biology to the specialist language of seafarers to the sea as it is represented in art, music, film, and literature, to a dire warning of the sea’s vulnerability to anthropogenic global warming, overfishing, and the eternal life of plastics tossed unthinkingly into the sea. . . . What makes The Sea rare is Hamblyn’s intellectual agility, his capacity to write freshly (and with extraordinary economy) about everything he touches on. He holds my interest and admiration throughout this gorgeously illustrated book.”
— Jonathan Raban, author of "Passage to Juneau: A Sea and Its Meanings" and editor of "The Oxford Book of the Sea"