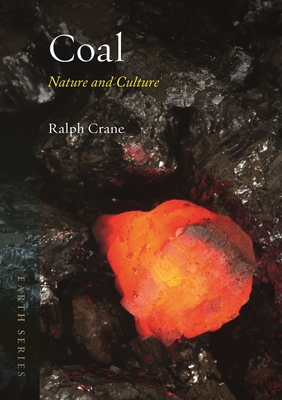 
Not On Our Shelves—Ships in 1-5 Days
While concerns about climate change have focused negative attention on the coal industry in recent years, as descendants of the industrial revolution we have all benefitted from the mining of the black seam. Coal has significantly influenced the course of human history and our social and natural environments. This book takes readers on a journey through the extraordinary artistic responses to coal, from its role in the works of writers such as Émile Zola, D. H. Lawrence, and George Orwell; to the way it inspired the work of painters, including J. M. W. Turner, Claude Monet, and Vincent van Gogh; to the place of coal in film, song, and folklore; as well as the surprising allure of coal tourism. Strikingly illustrated, Coal provides engaging and informative insight into the myriad ways coal has affected our lives.
Ralph Crane is professor emeritus of English at the University of Tasmania. He has written or edited twenty-five books.
“This entertaining and informative study of coal's place in history ranges from its use in medieval domestic hearths through its underpinning of the British Empire to its role in the politics of climate change. Highlighting too coal's representation in art and literature, Crane's account is highly recommended for anyone seeking to understand and challenge the legacies of the Anthropocene.”
— Alan Lester, professor of historical geography, University of Sussex

"Crane’s fascinating history of the material that drove the engines of the Industrial Revolution has done both the coal industry and the climate movement a huge favor. . . . Lucidly written, minutely detailed, Coal is a highly readable and deeply knowledgeable history of the stuff that made the world we live in."
— Mark Williams, emeritus professor of English, Victoria University of Wellington