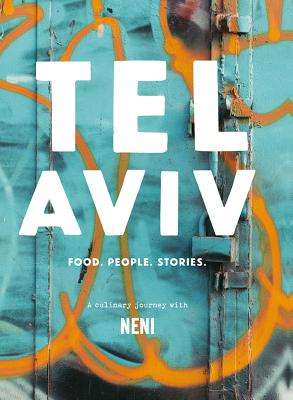 
Special Order—Subject to Availability
Tel Aviv is colorful, cosmopolitan and modern; a city full of contrasts, fragrances, stories and flavors. It is a vibrant melting pot of cultures, religions and delicious culinary traditions. Successful restaurateurs Haya Molcho and her four sons take us on a journey to meet Tel Aviv's local chefs and story-tellers - from the epicures and the urban forager, to the magician and the survivor - capturing the special spirit of the city's many cuisines and inhabitants. Haya revisits the recipes of her home town, re-creating the flavors of her childhood: knafeh, green shakshuka, sarma, Israeli paella, pickled lemons and much more.
Haya Molcho loves to cook and to travel. Born in Tel Aviv, she relocated frequently and was always on the move - with her parents as a child, then as an adult, alone, and later with her husband, the mime artist Samy Molcho. On her travels she experienced the cuisines of the world and developed her unique culinary style: typically Israeli, yet also international. In 2009 she opened thefirst NENI restaurant in Vienna's Naschmarkt with her sons, Nuriel, Elior, Nadiv and Ilan. The idea of bringing Mediterranean and Levantine food culture to Europe's cities was a success: today there are NENI restaurants in Berlin, Hamburg, Munich, Cologne, Zurich, Vienna, Amsterdam, Mallorca and Paris, as well as a cooking school and product lines.