The Most Advanced Clarinet Book (Paperback) 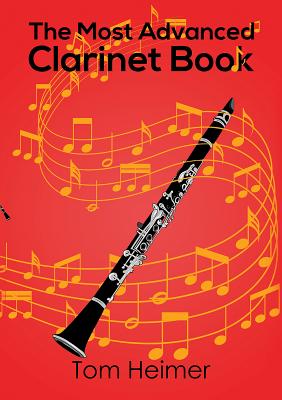 The Most Advanced Clarinet Book (Paperback)


Not On Our Shelves—Ships in 1-5 Days
There are 50 short studies with explanations covering many new approaches to technical problems. Followed by 27 full page studies making use of these techniques, as well as covering almost every possible technical problem regarding the clarinet.
Tom Heimer is a native of Yonkers, N.Y. and was a student of Jerome Sala. He received his Bachelor of Music in performance at Queens College of the City University of New York where he studied with Leon Russianoff. He received his Master of Music in performance from the University of Regina (Saskatchewan, Canada) as a Teaching Assistant and Assistant Conductor. Mr. Heimer was a Band Director for many years in Thompson, Manitoba, where his bands won national and international awards, and was often a clarinet clinician and soloist at the Northern Manitoba Band Festivals. He has been a faculty member at the Saskatchewan School of the Arts summer band camp at Fort San, Sask. and has been a soloist throughout Manitoba and Saskatchewan. Mr. Heimer was Co-Principal Clarinet of the Saint John and Area Orchestra (New Brunswick, Canada). In New York, Mr. Heimer has played with such groups as the Yonkers Philharmonic, Westchester Pops Band, first clarinet with the White Plains Pops Band, Solo E Flat Clarinet with the Yonkers Concert Band, and with the Port City Concert Band in Halifax. He is currently Principal Clarinet with the Westchester Band in New York since 1998 and has been a guest conductor and often featured soloist with the band. He and his wife Elizabeth reside in Dartmouth, Nova Scotia.