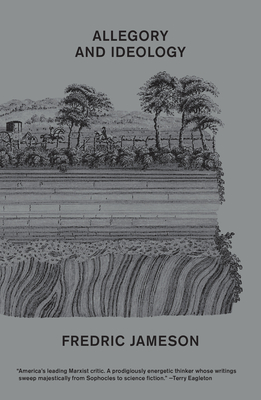 Works do not have meanings, they soak up meanings: a work is a machine for libidinal investments (including the political kind). It is a process that sorts incommensurabilities and registers contradictions (which is not the same as solving them!) The inevitable and welcome conflict of interpretations - a discursive, ideological struggle - therefore needs to be supplemented by an account of this simultaneous processing of multiple meanings, rather than an abandonment to liberal pluralisms and tolerant (or intolerant) relativisms.

This is not a book about "method", but it does propose a dialectic capable of holding together in one breath the heterogeneities that reflect our biological individualities, our submersion in collective history and class struggle, and our alienation to a disembodied new world of information and abstraction. Eschewing the arid secularities of philosophy, Walter Benjamin once recommended the alternative of the rich figurality of an older theology; in that spirit we here return to the antiquated Ptolemaic systems of ancient allegory and its multiple levels (a proposal first sketched out in The Political Unconscious); it is tested against the epic complexities of the overtly allegorical works of Dante, Spenser and the Goethe of Faust II, as well as symphonic form in music, and the structure of the novel, postmodern as well as Third-World: about which a notorious essay on National Allegory is here reprinted with a theoretical commentary; and an allegorical history of emotion is meanwhile rehearsed from its contemporary, geopolitical context.
Fredric Jameson is Distinguished Professor of Comparative Literature at Duke University. The author of numerous books, he has over the last three decades developed a richly nuanced vision of Western culture's relation to political economy. He was a recipient of the 2008 Holberg International Memorial Prize. He is the author of many books, including Postmodernism, Or, The Cultural Logic of Late Capitalism, The Cultural Turn, A Singular Modernity, The Modernist Papers, Archaeologies of the Future, Brecht and Method, Ideologies of Theory, Valences of the Dialectic, The Hegel Variations and Representing Capital.
“Fredric Jameson is America’s leading Marxist critic. A prodigiously energetic thinker whose writings sweep majestically from Sophocles to science fiction.”
– Terry Eagleton

“Probably the most important cultural critic writing in English today … It can be truly said that nothing cultural is alien to him.”
– Colin MacCabe

“For anybody hoping to understand not just the cultural but the political and social implications of postmodernism … Jameson’s book is a fundamental, nonpareil text.”
– Sunday Times (in praise of Postmodernism)

“The scope and profundity of Postmodernism, covering theory, architecture, film, video and economics, is truly staggering … Brilliant.”
– Independent (in praise of Postmodernism)