John Lennon 1980: The Last Days in the Life (Paperback) 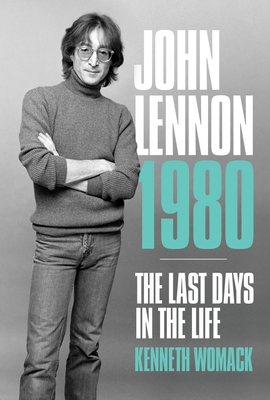 John Lennon 1980: The Last Days in the Life (Paperback)


In Stock—Click for Locations
John Lennon, 1980: The Last Days in the Life traces the powerful, life-affirming story of the former Beatle's remarkable comeback after five years of self-imposed retirement. Lennon's final pivotal year would climax in several moments of creative triumph as he rediscovered his artistic self in dramatic fashion. With the bravura release of the Double Fantasy album with wife Yoko Ono, he was poised and ready for an even brighter future only to be wrenched from the world by an assassin's bullets. John Lennon, 1980 isn't about how the gifted songwriter died; but rather, about how he lived.
Kenneth Womack is a world-renowned authority on the Beatles and their enduring cultural influence. Ken’s Beatles-related books include Long and Winding Roads: The Evolving Artistry of the Beatles (2007) and The Cambridge Companion to the Beatles (2009), which was named as The Independent’s “Music Book of the Year.” In 2014, Ken published The Beatles Encyclopedia: Everything Fab Four in celebration of the 50th anniversary of the group’s legendary appearance on The Ed Sullivan Show. Ken’s books about the Beatles are included in the permanent collection of the Rock and Roll Hall of Fame’s Library and Archives. Ken is also the author of four novels, including John Doe No. 2 and the Dreamland Motel (2010), The Restaurant at the End of the World (2012), Playing the Angel (2013), and I Am Lemonade Lucy! (2019). His work has appeared in such venues as Salon, Slate, Billboard, Time, Variety, The Guardian, USA Today, The Huffington Post, and The Philadelphia Inquirer.