Young, Gifted and Black: The Story of Trojan Records (Paperback) 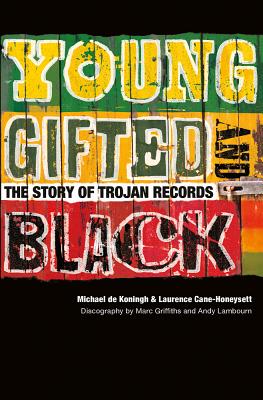 Young, Gifted and Black: The Story of Trojan Records (Paperback)


Special Order—Subject to Availability
Recently resurrected and now enjoying chart success in the 21st century, when it was formed Trojan Records epitomised the punk DIY ethic over a decade before 1976. With a blizzard of individual labels and a marketing strategy that involved selling product out of the backs of vans, the company spearheaded the injection of reggae and ska into the vein of British youth consciousness. In its first brief six-year incarnation, Trojan produced nearly 30 hit singles, created the legendary compilation series Tighten Up and launched new acts like Jimmy Cliff, Desmond Dekker, Ken Boothe, The Pioneers, Bob And Marcia, Greyhound and Dave And Ansell Collins, all against a background of cut-throat politics, cultural division and prejudice.
Michael de Koningh (1958-2016) was a contemporary British music journalist specialising in Jamaican music, reggae afrobeat and afrofunk. Laurence Cane-Honeysett is a British musician, producer and music journalist specialising in Jamaican music. In 1990, he started working for Trojan Records and soon after joined the company on a full-time basis as its Jamaican music specialist, overseeing the label's releases and all other aspects of its general running, a position he continues to hold.