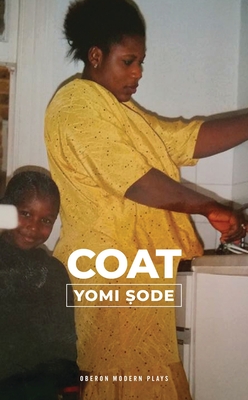 'I don't know my grandparents' names, how embarrassing is that? But I can name all of Kanye's albums.' Nigeria: a grandmother passes. London: a son cooks a pot of stew for his mother, hoping to uncover hidden stories and unanswered questions. A humorous and moving response to the elders who leave the next generation uncertain of what is expected of them.
Yomi Sode is a spoken word artist, poet and MC. He has appeared at Yahoo! Wireless Festival, Latitude, Lovebox, Olympic Village, Sadler's Wells Theatre, Channel 4 and BBC Radio 1xtra, and has had work commissioned by The Mayor's Office and BBC World Service/ BBC Africa. Yomi was selected as one of ten Poets to join The Complete Works in 2016, a national development programme for advanced Black and Asian writers. He has been published in Rialto Magazine, Bare Lit and 10: Poets of the New Generation.