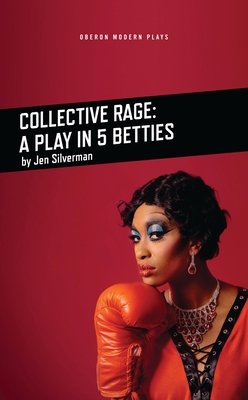 In Collective Rage, the lives of five very different New York women named Betty collide at the intersection of anger, sex and "theat-ah." As they meet, fall in love, rehearse, revel and rage, they realise that they've been stuck reading the same scripts for far too long.

Hitting the ring with an electrifying soundtrack, looks to kill and spectacular routines, this outrageous comedy packs the punch to shatter lacquered femininity into a thousand glittering pieces. Strongly influenced by cabaret and female drag, this exquisite rejection of shame and stereotype will punch you in the gut, break your heart and then take you dancing.

Jen Silverman is a New York based writer. Born in the U.S., she was raised across the U.S., Europe and Asia. Her theatre work includes The Moors, The Roommate, and Phoebe in Winter. She is a two-time MacDowell fellow, recipient of a New York Foundation for the Arts grant, the Helen Merrill Award, an LMCC Fellowship, and the Yale Drama Series Award.