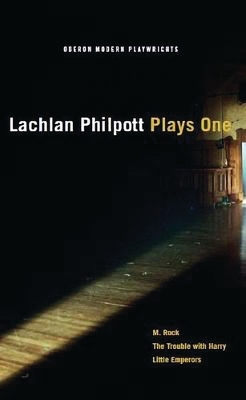 M. Rock is based on a true story about the enduring joys of music, dancing and self-discovery, and charts the fortunes of 18-year-old Tracey and her grandmother Mabel. Little Emperors: 'Little Emperor Syndrome' is a term used to describe the behavioural time-bomb created by China's One Child Policy. Set in both Melbourne and Beijing, and weaving between Mandarin and English, Little Emperors deals with a single family as they attempt to negotiate the troubled waters of their shared history, one that includes a hidden second child, forced separation, and deep wells of regret and shame. The Trouble with Harry: Harry Crawford and his wife Annie seem happy enough. Together they lead quiet, unexceptional lives in the suburbs of 1920s Sydney, working and raising a child. But when Josephine arrives at the door, it sets in train a series of events that will result in an astounding revelation. A disorienting tale of deception and enigma which poses an essential, human question: can we ever really know what lies in the heart and mind of someone else?
Lachlan Philpott is one of Australia's hottest writers. Based in Sydney, his plays include Silent Disco, Colder, and The Trouble With Harry.