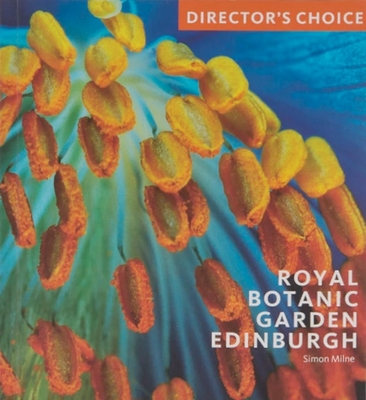 
Special Order—Subject to Availability
- A fascinating selection of highlights from the varied sites and collections that comprise the Royal Botanic Garden Edinburgh - New color photography and archive imagery illustrate the range of their activities and holdings - Informative yet accessible text illuminates the subject for beginners as well as experienced horticulturalists - Part of the successful Director's Choice series The Royal Botanic Garden Edinburgh is one of Scotland's most visited tourist attractions and has been cultivating and studying plants for over three centuries. Across its four garden sites, the Royal Botanic Garden's living plant collection contains over 13,500 species from 156 countries, including some that are extinct in the wild and others new to science. The ever-growing Herbarium currently contains over three million dried specimens and the Library houses Scotland's national collection of botanical and horticultural literature, including manuscripts dating back to the fifteenth century. The highlights illustrated in this book provide a personal insight into one of the world's greatest botanic gardens and reveals the invaluable contribution that it makes to the ongoing documentation and conservation of the world's diverse plant life.
Simon Milne MBE FRGS was appointed the sixteenth Regius Keeper of the Royal Botanic Garden Edinburgh in 2014. He was educated at the University of St Andrews and the Royal Naval College Greenwich. He was commissioned into the Royal Marines in 1976 and served with Commando Forces for the majority of his service. From 2000 to 2004 he was Director of the Sir Harold Hillier Gardens and Arboretum, and from 2004 to 2014 he was Chief Executive of the Scottish Wildlife Trust. He sits on a variety of national biodiversity related committees and his particular interests include conservation translocations, natural capital and its sustainable management, and public engagement with conservation.