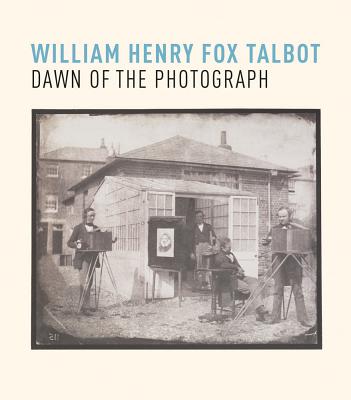 
Special Order—Subject to Availability
- Accompanies an exhibition in the Media Space gallery of the Science Museum, London, in spring 2016- Approximately 30 per cent of the material in the book (by both Talbot and his own circle) is currently unavailable in print or previously unpublished- Explores new angles of interpretation, in particular the influences of Talbot's closest circle of friends, and whether photography ever achieved the ambitions that he set out for itPublished to accompany an exhibition at the Science Museum, London, in spring 2016, this catalogue features 100 high-quality reproductions of Talbot's work.Through two introductory essays, the book examines how Talbot's invention of photography in the 1830s, evolved to establish the artistic, scientific and industrial possibilities for photography. As a radically new way of seeing, Talbot set out how the medium of photography had the ability to open up the visual world to a different kind of scrutiny, as well as to reaffirm what was considered to be 'real'. Such experiments make Talbot's practice and thinking all the more complex and lasting but also provocative as he sits between ambitions of art and science through photography, and economic gain. The book furthermore discusses the relationships between a network of photographers who gravitated towards Talbot's process but each of whom took photography into different territory. Assessing their artistic contribution and social legacy, it reflects on how enthusiasm for photography was initially limited to a small close-knit, elite group of people.William Henry Fox Talbot is a testament to Talbot's magical and industrial visions for his invention, that range from the delicate capture of natural specimens to more staged and functional ambitions for photography as means of mass production. It will be of interest to the art enthusiast and general historian of nineteenth-century innovation, as well as to all those curious to learn more about this pioneer of photography.
Dr Russell Roberts is Reader in Photography at the University of South Wales. He was previously Head of Photography and Senior Curator of Photographs at the National Museum of Photography, Film and Television (NMPFT) where he initiated several important exhibitions exploring the histories of photography and contemporary practice. Recent exhibitions include The Silent Village for DOX Centre for Contemporary Art in Prague; Without Words with the National Library of Wales and National Eisteddfod of Wales; and Mass Observation: This Is Your Photo for the Photographers' Gallery, London. Greg Hobson is Curator of Photographs at the National Media Museum in Bradford. His work combines the creation of new exhibitions with the development of the National Photography Collection held at the Museum. Recent exhibitions include Tom Wood: Photographs 1973-2013 at the Photographers' Gallery, London and National Media Museum Bradford; Only in England. Photographs by Tony Ray-Jones and Martin Parr; Joan Fontcuberta. Stranger than Fiction; and Make Life Worth Living. Nick Hedges Photographs for Shelter, 1968-72, all for Media Space in the Science Museum, London.