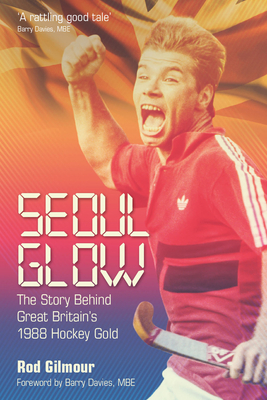 
Special Order—Subject to Availability
Seoul Glow tells the story of the Great Britain men's hockey team who won gold at the 1988 Seoul Olympics. Little to the team's knowledge, the final caught the British public's imagination as they beat rivals West Germany in the gold-medal match. After Sean Kerly's semi-final heroics and Imran Sherwani's double in the final, BBC commentator Barry Davies uttered the now infamous line: 'Where were the Germans? But, frankly, who cares?' Victory, for a team of amateurs, who had either quit their jobs or taken holiday to play in Seoul, propelled the team to celebratory heights on their return to British shores; it was GB's first hockey gold in the post-war era and followed an eight-year plan for a major title. The story also reveals how the team was inspirationally led by the late Roger Self, the manager who gelled his players into Olympic title holders.
Rod Gilmour co-authored James Willstrop's Shot and a Ghost: a Year in the Brutal World of Professional Squash, which was nominated for the William Hill Sports Book of the Year in 2012. He has covered Olympic sports for the national newspapers since 2008 and co-founded The Hockey Paper in 2016.